The fabulous LuLu LaMarr burst forth from her Southern Tasmanian homeland not that many years ago to delight audiences with her blinding talents, sparkling wit and cheeky repartee. She hit mainland Australia like a whirlwind and almost overnight became an overnight sensation and the internationally renowned 'Cabaret Star' you see gracing star-studded stages today.

LuLu has spent the past decade (or, perhaps slightly longer) touring the world and it's definitely not overstating things to say she has established herself as one of the biggest names in showbiz. Definitely not.

She's known in some parts of regional Tasmania as the Empress of Entertainment, the Baroness of Bling or the Countess of Cabaret and this luminary of the stage has performed with artistes like Barbra Streisand, Liza Minelli and Peter Allen.*

*Artistes 'like' Barbra, Liza and Peter but not always exactly them.

LuLu has dazzled audiences and lit up the same stages as the Bee Gees, Bert Newton, Kylie Minogue and Olivia Newton-John.*

*Not necessarily at the same time.

She's the small town girl who found herself in the dazzling big city lights and charmed the world.

Here's what some other legendary performers had to say:

"If I said you had a beautiful body would you hold it against me?" the Bellamy Brothers

"Sensational! This sequinned siren is truly one of Southern Tasmania's greats." 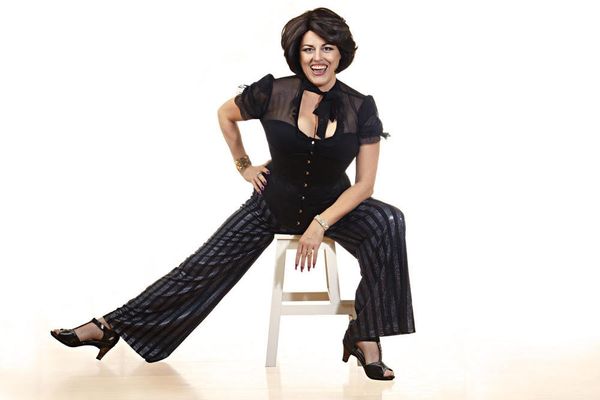